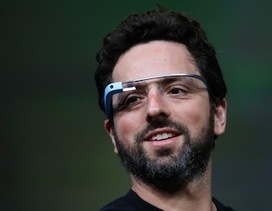 Speaking on Wednesday at the Telefonica Campus Party event in London, attended by V3, Cerf argued that it represented the next stage in computing and held huge potential for improving people’s lives.

“Google Glass is a very important new development. I know there’s been a lot of debate and discussion about Glass and privacy issues and the like but I want to give you a sense of why it is so important,” he said.

“It’s an opportunity to experiment with what happens when you allow a computer to become part of your sensory environment. It sees and hears what you see and hear and it can apply its power and the power of the internet to make use of information in context.”

He gave the theoretical example of a blind man trying to communicate with a deaf man, in a foreign language. He said Glass could recognise foreign voices and translate it to the wearer’s language, while also being able to interpret sign language and relay this message in text too. He acknowleged, though, that sign language interpretation was a little way off yet for the device.

“This is a very powerful opportunity to see what happens when computer power is made available within the context within which you operate.”

His comments on the privacy discussions that have surfaced around Google Glass relate to questions posed by numerous government regulators about how exactly the tool will work with regard the collection of data and facial recognition profiling.