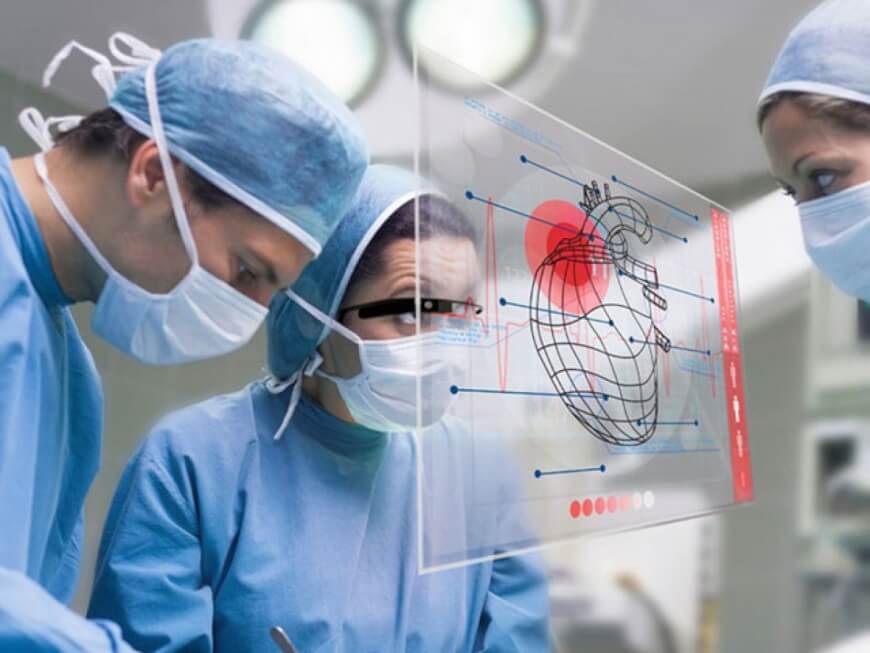 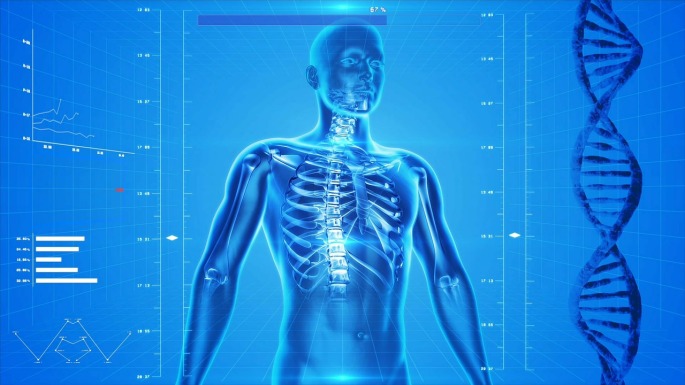 Augmented Reality (AR) and Virtual Reality (VR) technologies are gaining significant traction among healthcare experts owing to their numerous applications that range from assessment of surgical preparation to minimally invasive surgery and rehabilitation. Other applications of augmented reality in healthcare include medical training and pharmacy benefits management. As the population increases, the growing demand for surgical treatment as well as healthcare expenditure among people is boosting the application of augmented reality and virtual reality technologies in the healthcare sector by a significant degree.

Technological advancement in augmented reality and artificial intelligence technologies along with the increasing workload of healthcare professionals and stringent regulatory compliances in laboratory testing are expected to bolster the market forecasts in the upcoming years. Higher adoption of mobile augmented reality technology helps in bridging the gap in the patient-healthcare provider relationship and also helps patients to make better decisions about their health by educating and proving information to them.

Developed by Stereolab’s’ ZED Mini and HTC vive, an augmented reality game of table tennis has the internet amazed, and gearing up for a future.

ZED Mini is the world’s first camera mixed-reality camera that uses virtual and augmented reality together. Virtual reality is a totally artificial world created through computer graphics which the user navigates and interacts with like in the real world.

Augmented reality, however, is a scenario like this one, where players can see the virtual table, rackets and balls, but also the real-world room they’re in. And HTC Vive is a headset which, “pulls virtual worlds off your computer screen and into your home”. 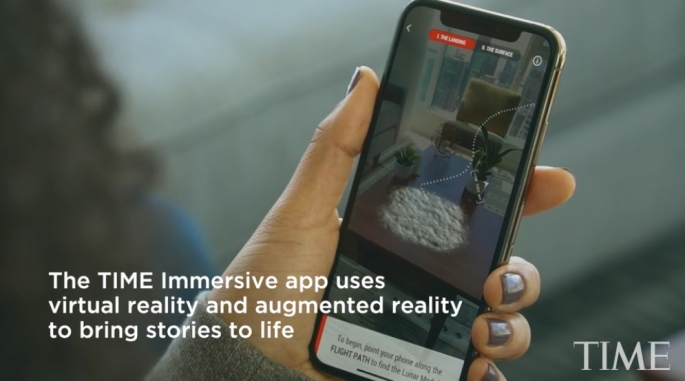 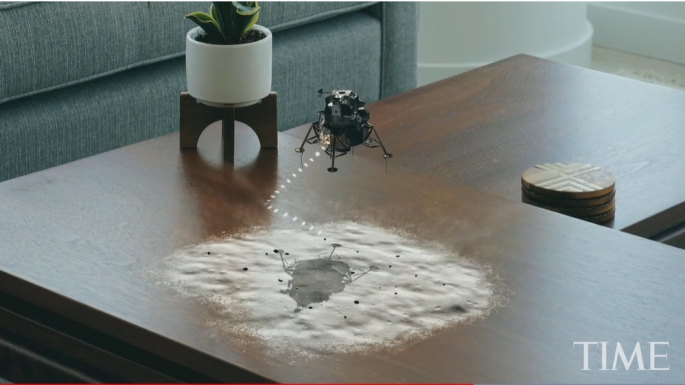 These days, new and evolving technology has introduced the world to 3 very fascinating realities, Virtual Reality or VR, Augmented Reality or AR, and Mixed Reality or MR. in this article, you will see what makes them different from each other and how they are contributing in different areas of work. Let’s have a brief look at what is VR, AR, and MR

● AR — It covers virtual objects on the real-world setting.

● MR — It covers and keeps the virtual objects anchored to the real world.

Virtual Reality (VR) is also called a computer-simulated reality which delivers an immersive experience. In this, computer technologies are used with the real headsets to create an imaginary world with the lifelike sounds, imageries and other feelings that are the imitation of a real environment. An accurate VR app development setting will immerse all the five senses in the human body including taste, smell, sight, sound, and touch, but in reality, it is not always possible. Nowadays, it can be said that VR has established itself in some very practical areas, especially after the years of popularity in the gaming industry. VR uses two types of main headsets:

These headsets are connected to a computer or gaming console that provides with top-quality visual experience. They can also be used with special controllers and users can interact with the virtual world.

These headsets are not needed to be connected to a computer or a gaming console. Most of the standalone headsets use a smartphone screen for interacting with virtual reality. They are quite affordable and easy to use

Augmented Reality (AR) is live and direct or indirect viewing of a real-world environment where its elements are amplified or augmented using audio, video, graphics, or GPS data. It gives you a lot more freedom than what you get in the real world. Smartphones and tablets are two of the most widespread means of AR as of now. Two types of main devices are:

AR is perhaps the most reachable and handy reality technology, as people can get access to it using portable devices like smartphones and tablets in order to use applications based on augmented reality. AR apps simply use a smartphone camera in order to seize the real world. Then the virtual items are overlaid, and users can easily see them on their portable device.

Another way to enjoy augmented reality is by using smart glasses or AR headsets. As compared to VR headsets, these AR glasses and headsets don’t engage the users into a completely virtual environment. Instead, they just add virtual objects in the real world.

Mixed Reality is also called as hybrid reality. It is the merger of real and virtual environments in order to create new environments and visuals. In that new environment, both physical and digital entities exist together, interacting in real time. It means a new imagery is placed inside a real space in such a manner that the new imagery can interact to a degree, with the real world as you know it. The distinguishing factor of MR is that the artificial content and the real or physical world content can interact with one another in real time.

There can also be a different form of mixed reality. In this new form of mixed reality, users watch and interact with a fully virtual environment which is overlapped on the real world surrounding the users. If you are finding it a bit confusing, look at it from a different perspective. Just imagine that you are fully engaged and interacting into a completely virtual environment. However, you are still walking around in your room at your place. What do you think will happen if you trip over an object lying on the floor? To prevent any such incidence, your headset must be able to keep track of the real world while you are immersed in the virtual world and adjust the virtual setting accordingly. This type of MR is a lot closer to VR as compared to AR.

There are different types of devices that can be used for mixed reality:

These headsets comprise transparent glasses through which you will be able to keep track of your surroundings easily and avoid any kinds of unfortunate incidents while using MR. in this; Virtual experiences are generated using holograms.

These headsets comprise of non-translucent spectacles that totally block out the real world just like VR headsets. They use cameras for tracking the real world.

It can be difficult to point out one choice from all three realities. While VR is being used for years in the gaming industry, AR and MR are also not far behind. However, while AR just overlays the virtual objects on the real environment, in MR, the digital parts of the environment are more conscious of what is happening in the real surroundings around you and thus represent a more realistic interaction.