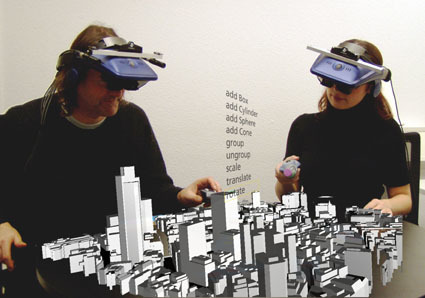 Virtual reality will bring a higher level of immersion to games by making user interfaces near seamless, says one of the team members behind upcoming VR headset, Oculus Rift.

Nate Mitchell, vice president of product at Oculus VR, knows that UI is going to be a major factor for developers, and users, to get used to when using its upcoming headset. But he believes that VR is the starting ramp toward Minority Report-style technologies and interfaces of the future.

“I don’t think we’ll see UI disappear, but it will become far more integrated into a gameworld,” Mitchell told Develop.

“What we’re already seeing is that a lot of developers are pursuing that type of experience, because it is more immersive, and more effective in not seeing the player be taken out of a game experience to use interfaces.

“Rather than have those ammo-counts floating in space, and being reminded you’re in a game, with VR UI a player can keep moving through the world, just glancing down in-game to see their remaining ammunition.”