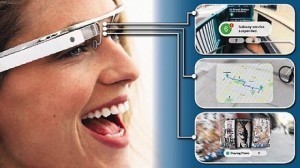 Japanese NTT Docomo unveiled augmented reality glasses that are able to translate menus and signs in real time. The company, which showed off the device at a Japanese gadget fair, says the glasses will be ready when foreigners descend on Tokyo for the 2020 Olympics.

The glasses work by overlaying someone’s native language onto unfamiliar text. This could be especially valuable in Japan, which doesn’t always have translated menus at the ready. The glasses do more than just read, though: They also have a facial recognition function that can determine a person’s identity and job title from a smartphone directory.