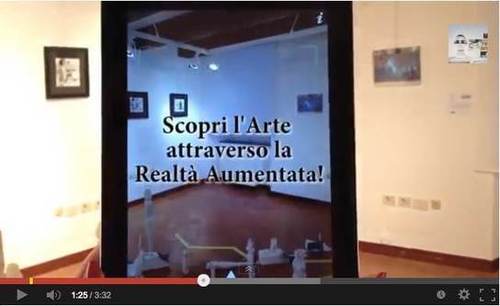 The augmented reality has been created to make visitors perform a unique experience in a contemporary art gallery. The public may dynamically live something special, while appreciating paintings and installations. Giuseppe Verdi’s music augments pieces of art and specific gestures appear at the same time. The visitor has to abandon his/her apathy to perform something unexpected and to enjoy the two itineraries.