Meta’s Meron Gribetz and the rise of the natural machine 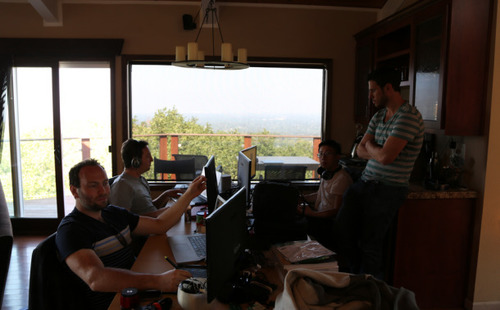 The startup, Meta, is developing so-called augmented-reality glasses that combine the power of a laptop and smartphone in a pair of stylish specs that map virtual objects into the physical world, controlled by your hands, similar to the movie portrayals of app control via gestures in “Iron Man” and “Avatar.”

Meta, which came out of Columbia University rather than the Homebrew Computer Club, is trying to usher in the next era of computing. Apple inspired the modern personal computer revolution with the Macintosh and the mobile revolution with the iPod, iPhone, and iPad. Meta wants to lead the transition from mobile to wearable, augmented-reality computing.

Gribetz, a 27-year-old former neuroscience graduate student who grew up in Israel, bears some resemblance to Jobs (as much as Ashton Kutcher with a scraggly beard). He also shares with Jobs the ability to seize on an idea and make visionary claims, but he has yet to ship a product.

"There is no other future of computing other than this technology, which can display information from the real world and control objects with your fingers at low latency and high dexterity,"Gribetz told CNET in May. "It’s the keyboard and mouse of the future."