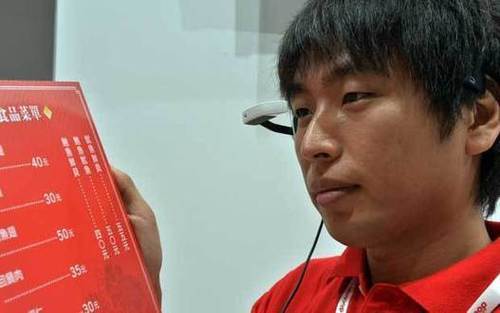 The next-generation spectacles were revealed at a gadget fair on the outskirts of Tokyo and could be available in time for the city’s hosting of the Olympics in 2020.

By using augmented reality the glasses can project text in the wearer’s native tongue over unfamiliar signs and menus, potentially proving invaluable for British tourists whose grasp of Japanese is limited.

The invention may be particularly useful for those who journey beyond the most popular destinations in Japan where foreign-language menus are rarely found.

Another function the smart glasses can perform is turning any flat surface into a touchscreen with the wearer using a finger ring to activate animated tags.