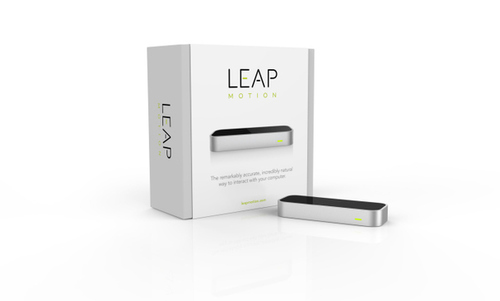 When the Leap Motion controller came out last summer, my colleague Stacey Higginbotham was somewhat skeptical. It was lacking in compelling apps and sometimes difficult to use.

But the nine startups that pitched at the AXLR8R demo day in San Francisco Friday were proof that there are a lot of niche applications brewing that make better use of Leap Motion’s abilities than gaming or consuming news. It can be a hands-free tool for surgeons or a translation tool for sign language users.

“We always view our role as a platform enabling people, enabling developers to build something that would not have been possible before,” Leap Motion CEO Michael Buckwald said at the event.

The question is whether it can compete with technologies like Google Glass and Meta’s augmented reality glasses, both of which could be used for many of the same applications. However, some of the startups made the case for how Leap Motion can add capabilities to platforms like Oculus Rift that don’t already have motion tracking.