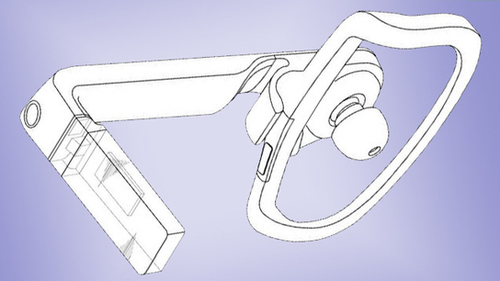 The Samsung Gear Blink could be the name of Samsung’s augmented reality headset to rival the Google Glass.

Samsung has applied for a new product trademark for the name Samsung Gear Blink, which could be what Samsung calls its first smart glasses.

Sadly the trademark filing fails to provide any details as to what the device actually is, but the reference to Blink certainly suggests it is something to do with the eyes.

Samsung already has a line of wearables that all fall under the Gear brand, including the Samsung Gear 2 and Samsung Gear Fit.

Previously, the Samsung smart headset was thought to be called the Samsung Gear Glass, supposedly pitching it directly against the Google Glass in name and nature.

According to patent filings though, the Samsung Gear Blink or Gear Glass will take a slightly different form to Google Glass, which sees a small heads up display (HUD) mounted on a glasses frame.

The Samsung version looks to feature a Bluetooth earpiece to which the HUD is attached, as you can see above.

Earlier reports out of Korea suggest Samsung has “secured a considerable amount of smart glass-related technology and patents” for its first head-mounted wearable.

If you’re thinking that Samsung won’t launch anything to rival Google Glass, think again, as Samsung confirmed its plans earlier this year.

“The new smart glass to be introduced by Samsung is a new concept of device that can lead to an exciting culture of communication,” said a Samsung Display official, suggesting the Samsung Gear Blink will feature a slightly different form factor to that of existing headsets.