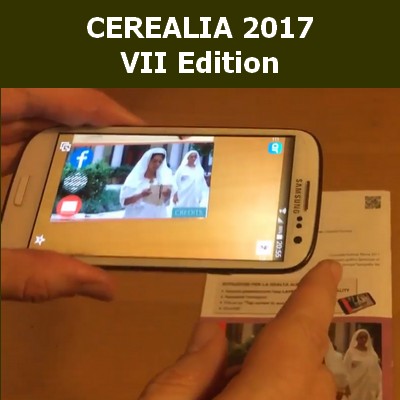 Cerealia is a festival dedicated to all cereals, as in fact it took place in ancient Rome in the ancient rites of the Vestal Virgins and in the Ludi of Ceres. In a broader vision, the festival is extended to the countries of the Mediterranean basin, hence the sub-title Cerere and the Mediterranean. The ancient rituals of Vestal and Ludi di Cerere, re-evoked in scenic form, constitute the “Roman” element that characterizes each edition of the festival. For this edition of Cerealia. THE ROUND (technology partner) has realized the promotional application of augmented reality on the brochure.